We recently cleaned and condition checked Attingham’s book collection in the Inner Library. It is a task done every three years to make sure that the books don’t have problems like mould growth or an infestation of insects, such as silverfish or booklice. Luckily, no problems were found as the conditions in the Inner Library are ideal for the preservation of books, being neither damp nor humid which would encourage insects and mould growth. 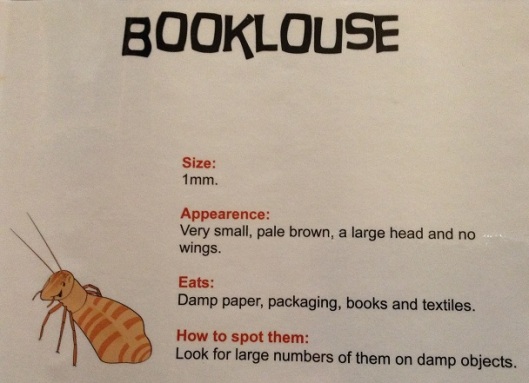 The metal lattice of the upper bookshelves is open to freely admit the air, preventing conditions inside the bookcase from getting damp. Unfortunately, this means that dust blows in and can be seen on the tops of the books! The Octagon Room cases contain silk and this is because documents relating to the estate would have been stored here rather than beautifully bound books. 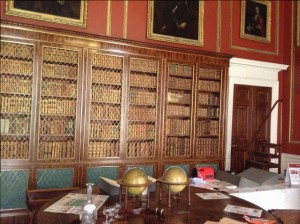 The Inner Library at Attingham Parking during book cleaning month.

When handling books clean, dry hands are best or latex gloves because white cotton gloves can reduce sensitivity and abrade the books. To take a book from the shelf, ideally it should be pushed gently from the back and never pulled out by its spine! The book is then placed on a foam book block and then cleaning can commence!

Two soft pony hair brushes are used to clean the books. A separate brush is used for the outside because the covers often contain tannin, which would be transferred onto the pages and stain them if the same brush was used to clean them. 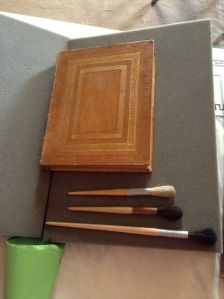 The book is opened by no more than ninety degrees and a second brush used to clean the first and last few pages, where any problems are most likely to show. Many of the books have beautiful illustrations, signatures by members of the family, short inscriptions and an amazing assortment of marbled pages. 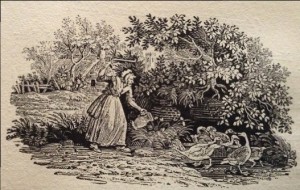 Whilst dusting is in progress, the dust is collected in a special museum vacuum which has a low suction and a paper funnel fitted to the nozzle and placed at the end of the book block. The shelf is cleaned using a robust hogshair brush and then the book can go back in place! A gap is left behind it so that air can circulate freely. 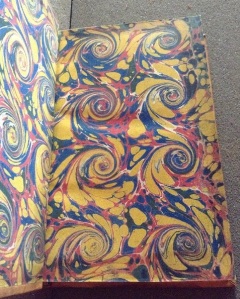 The books in the Inner Library mostly date from the mid-seventeenth to early twentieth century and were all owned by the family. Thomas, 2nd Lord Berwick, was an avid book collector. He acquired over 3000 books and had a special catalogue made of his collection in 1809. He converted what had been the Breakfast Room into the Inner Library in 1812. 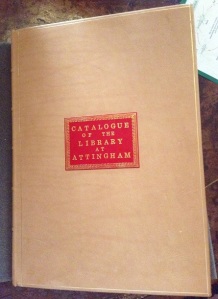 Unfortunately, much of Thomas’s collection was lost in the sales in the 1820s, so many of the books at Attingham today belonged to later members of the family. They include novels, poetry, art, history, travel, bird, botanical, geography and law books. 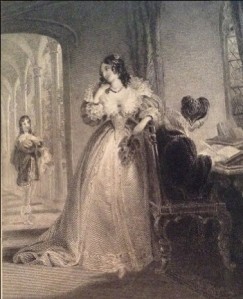 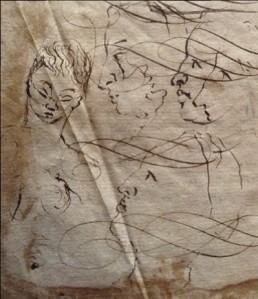 In one book one of the children, possibly Noel, later 1st Lord Berwick, had been doing lines to practice his handwriting. This book is charred at the edges. Perhaps he got so annoyed with his studies that he threw it in the fire! 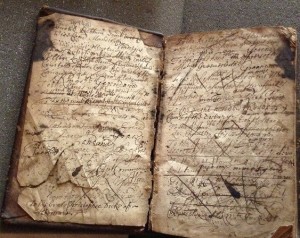 Volunteers and visitors came up with some great questions about the books. Here are a few questions and answers:

How were the edges of the books gilded?

This would have been done before the cover was applied and is a great way of protecting the edges. The pages were sewn together and put between wooden boards which were clamped in place. The edges of the pages were scraped smooth, burnished and painted with bole which was rubbed dry and the paper burnished again. Then a coat of size and the gold leaf was applied. When dry, the edges were burnished to produce a lovely shine! 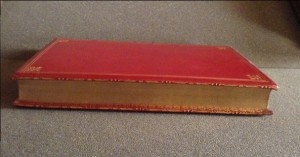 How were pages marbled?

Coloured inks were floated on water or size. Various tools were used to move the colours to create patterns and then the paper was carefully placed on top. The technique was first encountered by European travellers in the Middle East in the seventeenth-century. 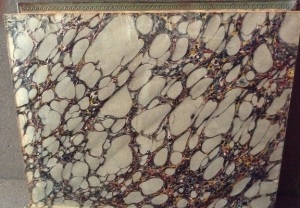 How was marbling applied to the edges of the books?

As with gilding, the pages were clamped between boards. Each edge was then lowered onto the surface of a trough in which ink was floated to produce a marbled pattern.

How was tree marbling done?

A marbled pattern was floated on water but instead of inks pigment from the green shells of walnuts, oil of tartar or potash in rainwater were often used. Leather bound book boards were placed on the marbled water and each board bent down the middle so that water and colour flowed to the centre of the board leaving ‘branches’ and congregating in the middle as the ‘trunk’. 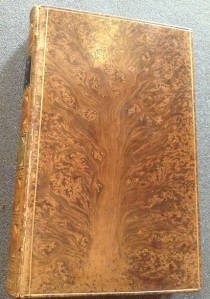 1 thought on “Book Cleaning in the Inner Library”